What constitutes “success” in the world of First Person Shooters in 2018? 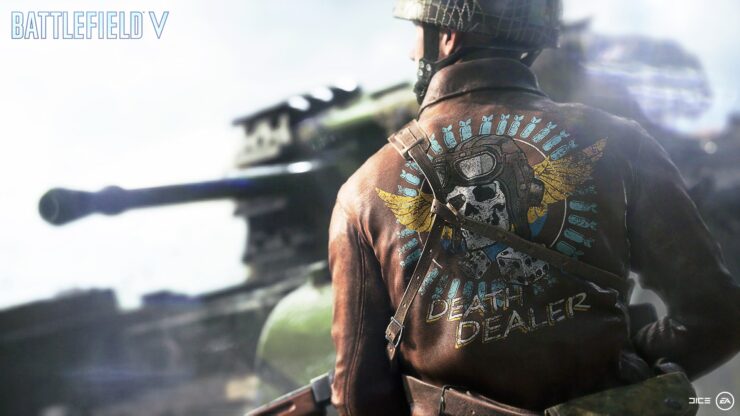 The obvious answer may not always be the most accurate. For example let’s take the standard benchmark of total sales. While copies sold alone has historically been a driving factor in determining whether or not a title is or isn’t deemed successful, in the brave new world of “Early Access” , “Games as a service” and platforms such as Kickstarter, that tried and tested method of simply counting copies sold doesn’t hold as much weight as it used to. For example, DayZ Standalone sold over 2 million copies within the first 4 months of it’s release which is A LOT of copies sold no matter how you cut it.

But that was in 2014, and as of writing this here in 2018, DayZ Standalone is STILL yet to even get out of Alpha, let alone get through Beta and deliver on the fully fledged product that was promised in 2013. Star Citizen for example has “raised” almost $300,000,000 from it’s initial Kickstarter campaign in 2013, and considering there are no “copies” of the game to be purchased, rather consumers “buy into” the game by purchasing “ships” of varying costs, “copies sold” simply doesn’t apply. The idea that success can be measured purely on copies sold alone is becoming increasingly less relevant. I’m not suggesting it’s entirely irrelevant, but clearly, the industry has changed a lot from the days where packaged, off the shelf retail was the norm, not the exception.

So what then is a good metric to determine success? – There maybe literally millions of copies of DayZ Standalone out there, but as of this post, there are less then 2000 people on average playing DayZ at any time, world wide. And this is a game that hasn’t yet reached Beta, so it’s still technically young as far as development cycles go so, you can’t really argue it’s dead (Although clearly there is a case to be made there, technical or otherwise). 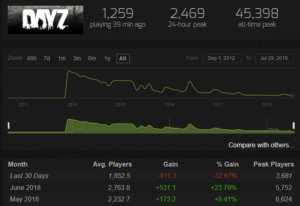 So objectively, in reality the only true metric we can use to genuinely measure success in the modern age of gaming is to see how well a game does over time, not purely look at sales alone. In a world with so much market saturation, quality is constantly being diluted, and it appears the consumer is more willing then ever to part with his or her hard earned cash to spend increasingly less and less time playing a game for long periods of time. This is one part due to being conditioned to AAA studio’s development cycle, and it’s probably also due to just a growing population of people having more disposable income to spend on this particular form of entertainment. Considering the price of an average movie ticket these days, buying a $100 video game increasingly makes sense from a family budget standpoint. So in short the real measure of success moving forward is not copies sold, but rather player retention over time

When we just take a look at current First Person Shooters, and we use player retention as a singular measure of success instead of copies sold, the outlook is sobering, and some interesting facts emerge from the numbers, and perhaps some worrying signs for EA. If one simply looks at retention, Battlefield 4 in 2018 is still one of, if not possibly still the best performing modern warfighter on the market. Which is crazy when you think about the fact it came out in October 2013, to almost universal criticism for being released in an unfinished and buggy state.

Here is a graph showing player counts for Battlefield 1

It’s no secret that Battlefield Hardline, struggled even on the sales count so it’s safe to assume it’s numbers in 2018 wouldn’t be doing that well but none the less I’ve put them in for reference. 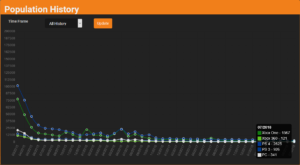 Now compare the above with a game that was released in 2013. A full 3 years prior to Battlefield 1, and look at it’s average population in 2018. 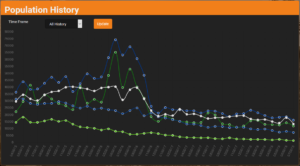 The Total average player count for June 2018 was almost 61,000 players across all platforms. At first glance this may or may not seem impressive, but when you consider it has more then half the equivalent average population of the latest offering EA has available for the franchise, a game that by all accounts has been a “success” it’s actually quite remarkable and a testament to just how objectively successful Battlefield 4 IS not was. To put it into perspective, it’s got more active players then Activision’s latest title Call of Duty WW2, by over 57,000 players. The peak amount of players for Elite Dangerous was 8453 for the month of July. In the month of June this year, there were more players on average playing Battlefield 4, then were playing Grand Theft Auto Online.

So what does this all mean exactly? Well, without question Battlefield 4 is the most successful Battlefield since 1942, that much is obvious. Objectively more popular and able to hold on to players longer then it’s predecessors. It remains the go-to large scale modern warfighter, with only the exception of the currently in development “World War 3” by “The Farm 51” that even looks like it’s attempting to give that large scale, modern warfare aesthetic and gameplay, or, of course ARMA3, though you could argue that it’s really like trying to compare apples and oranges. 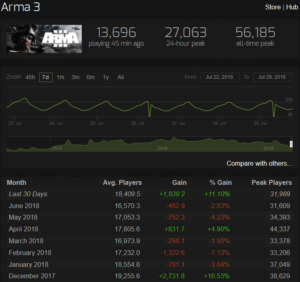 As you can see even ARMA, with it’s robust dedicated community with all it’s mod’s still doesn’t beat Battlefield 4 when it comes to average player count. So as we move closer to the release of Battlefield V, perhaps the best question we should be asking is not whether or not Battlefield V will be a “success” perhaps the better question to ask is, will it be better then the best? Because “good” seems to be rapidly becoming “good enough”, which is a standard that maybe challenged in the not too distant future. What if as consumers we stop consuming? If collectively there’s still a substantial amount of gamers that decide that Battlefield 4 still looks amazing in 2019?

EA is rolling the dice here (no pun intended) by portraying two of the most tragic wars in human history and taking liberties while they do it, to keep it’s modern warfighter in the back pocket for 2020 or beyond, but they may just find themselves having to share their consumers with the likes of “The Farm 51” in what otherwise has been a duopoly up until this point, but a duopoly that is fast appearing to come undone. Considering it’s already substantial longevity, perhaps Battlefield 4 may prove to be an icon of an era to which may ultimately be coming to an end.