FREQplatoon Battlefield Archives being released to the public

Home / FREQplatoon Battlefield Archives being released to the public

TheFrequency and subsequent “Freqplatoon” (gaming clan representing TheFrequency) have been blasting the greater online Battlefield community now since the early days of Battlefield 3, back in late 2011. Over the years I have tried hard to document our adventures as best I could, spending many hours putting together montages, editing scrim footage, or just recording us messing about for the sake of it, and then uploading those memories to our yourube channel (youtube.com/freqplatoon). 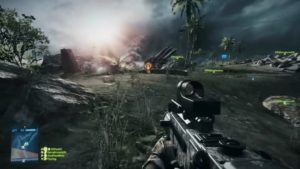 As a result, I have managed to record literally terabytes worth of footage. Much of it, particularly from the Battlefield 3 days in .avi format, because proprietary software such as ‘shadowplay’ or AMD’s ‘Raptr’ simply either didnt exist or wasn’t up to scratch which meant, converting the files to mp4’s before editing tools such as Vegas would accept them to be then edited and rendered for upload. – A time consuming and tedious endeavor let me assure you, particularly when I would simply record hours of footage non stop, in stead of just taking snippets of action which the new software makes easy work of.

As you can imagine, there are literally hours of footage which simply has yet to make the light of day, which has left me in a bit of a bind. See, as much as I try and delete all these video’s to free up some desperately needed hard drive space, I start watching old video’s just to see if there isn’t something particularly worthwhile on there so I can get rid of it, and inevitably I find myself finding all of it worthwhile.

It may only be a 5 minute clip, it may not contain any crazy kill streaks, it may not have anything special of note in it. But it will be a pl0d, Gol or Jeeman laughing, a Terminator laying down some sound tactical advise, or it might be the sound of a very young and or squeeky sounding Zooch or GHM, it might be Malky discussing an episode of Banshee, or a Whitefox updating the status of our carrier, or a Stalker accusing a Savage for hacking, or an EvanChristo trying to shout “Drift! Get the fuck out of here!” far too late to have any meaningful affect against an incoming shell.

They are snapshots in time, and no matter how hard I try I simply can’t bring myself to deleting them. But at the same time much of the material simply really isn’t montage worthy, it is merely that, just in game footage of a community. So, I’ve decided rather then delete them, I’m simply creating this new “Archived” series, and leaving out there in cyberspace in the hope it means something to some of you guys as well. Again, these video’s aren’t about kill streaks, or major victories, some of them are honestly mundane (if you can call Battlefield game play that), they are merely snapshots into our gaming heritage. Some of these video’s will span back all the way to early 2013, and even possibly 2012.

I’m trying to get as many of these out as I can, I’m hoping to get at very least 3 out a week until I’m out of footage, but as I said it is A LOT of footage, and upload speeds are slow, so be sure to keep checking out youtube.com/freqplatoon to see the latest uploads. AGAIN, just want to stress that some of these video’s may not even have good sound quality or perhaps no sound at all, some might not even have been recorded in HD, they are what they are. – Enjoy.