With the release of Call Of Duty WW2, what does this mean for the future of the Battlefield franchise?

Home / With the release of Call Of Duty WW2, what does this mean for the future of the Battlefield franchise?

I remember vividly, waiting patiently with a mate, very early on a May morning last year for the official live stream for EA’s much anticipated official announcement of the next Battlefield title for the franchise. It really did feel like something special as personalities such as Jack Frags and LevelCap, took us through the history of all the Battlefield games, from 1942, all the way up to Hardline while we waited for the reveal. As the hours dragged on, the coffee cups began to stack up, and the internet was rife with rumors and speculation. 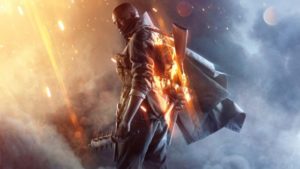 Some sources showed new images on EA’s website indicating it was going to be set in World War 2, other’s swore blindly (and falsely) they had relatives who worked in EA and they where 100% positive the new title would be set in the future, (though at the time this seemed incredibly doubtful considering the reception Call of Duty Infinite Warfare received only a month or two earlier) and some suggested that the new game will be much of the same. The franchise had massive success with modern warfighters for the 5 years prior why change something that by all accounts was a successful formula?

And then of course there were those handful of people who accurately predicted what would later be revealed as “Battlefield 1”. To be completely honest, I definitely was not one of these people. While the idea of going back to World War 1 wasn’t really as crazy as it sounded on paper, I just found it hard to believe that a company such as EA would be so bold as to take the risk. And World War 1 is, without a doubt more of a gamble, then had they say decided to go back to their roots and release a game set in WW2. For a starters, your dealing with undoubtedly the most tragic war in human history where millions died in terrible circumstances.

That’s of course not to say all war isn’t bad, but WW1 in particular holds a place of sadness and dread throughout the world, just by it’s sheer scope and brutal nature. So creating a game in that time period would be a challenge in that it would need to be a game ultimately, but still bare some respect to the subject matter as to not put people off, and at the same time also be periodically accurate as far as weapons and technology is concerned, which again is a challenge with WW1 as the vast majority of infantry where equipped with little more then slow firing bolt action rifles, where countless numbers of men died running across no mans land in futile trench warfare. In such a scenario that whole “run and gun” gameplay style that has crept into Battlefields DNA since BF3 wouldn’t be as prevalent. – Or at least that’s what I remember thinking at the time.

Has EA delivered a game that is accurate for the period, gives the war the respect it deserves while still managing make a fun game out of it? In my personal, humble opinion no, I don’t believe it has. However with that said I have massive respect for EA in taking the risk, creating an enjoyable experience, and a desire for millions of people around the world to learn a little bit more about WW1, while at the same time helping gamers who perhaps wouldn’t of otherwise had much exposure to WW1 relate to the time period through the characters in the campaign. Something that we just haven’t had for WW1 up until this point. I also give them huge props for managing to somehow not have a single leak for the entire development of the game, with the release truly being a secret, right up until only moments before the “official release” – But with that all said, where do we go from here?

EA made it very clear upon BF1’s release that there would be no new Battlefield titles to drop in 2017, but with 2018 fast approaching and Call of Duty WW2 now well and truly on the market, rumors are once again starting to get louder and more frequent, and rest assured it wont be long until the hype train has left the station. The only real question though is what time period? And by doing something different, and allowing Activision a free pass to go back to a time period that is familiar and has plenty of marketing potential in WW2, has EA missed an opportunity to go back to its 1942 roots? – For almost as long as the two franchises have existed, and definitely in modern times, there appears to almost be a gentleman’s agreement, if not a game of cat and mouse to give gamers a clear point of difference when it comes to what time period their respective shooters will be based, to give gamer’s choice and to at least attempt to not directly compete in each others market share.

Battlefield 4 appeared, to be headed into the future with it’s last DLC’s, Activision then seemingly (and wrongly) perhaps believing it was a trend beat EA to market with “Infinite Warfare” with catastrophic results. But has Activision now finally beaten EA to the punch? Or will for the first time in over a generation the two publishers go toe to toe with games set in the same time period? Or will EA do the unthinkable and take that bold step into the future, finally taking that logical step from the “Final Stand DLC” and attempt to put players in hover tanks once again? In my opinion, considering the train wreck that was Infinite Warfare, I find this path one that EA would be trying hard to avoid, but unless we go back to Karkand yet again, it’s hard to see where else EA can go at this point other then to follow Activisions lead. – Perhaps looking at the success of Rising Storm 2 Vietnam, Vietnam might very well be back on the table, but considering the politically sensitive climate we seem to be living in these days is returning to Vietnam going to be a wise move? These are no doubt questions that are being asked by stakeholders throughout the company as we speak, and if nothing else, 2018’s official reveal is going to be no lease exciting as 2016 and I personally can’t wait to see where they take us next. – Be sure to stay locked to thefrequency.com.au for all the latest as we move into the new year.